Here is a little bit more about them and their beers:

It has a beautiful idyllic setting next to the river, bringing back Malton’s tradition of brewing beer on the banks of the River Derwent, just like they did in the 1800’s.

The brewery currently produces 400 litres of beer per week which makes it one of Britain’s smallest commercial breweries, and as such, our beer is in great demand. We have the infrastructure and equipment to increase our production to 2,000 litres per week.  We also have our own transport so will personally deliver all of our beer and don’t subcontract out any of our deliveries.

We acquired 5 Navigation Wharf in June 2018 and obtained our Brewery Licence from HMRC on the 9th July 2018.

The building is steeped in history as Navigation Wharf was once a major hub for trade and industry as supplies for the town arrived in boats from around the UK. 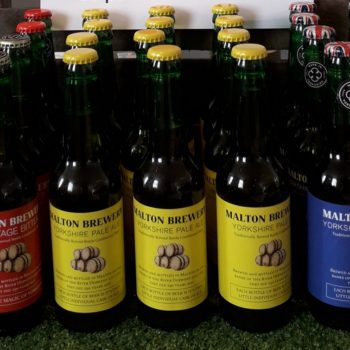 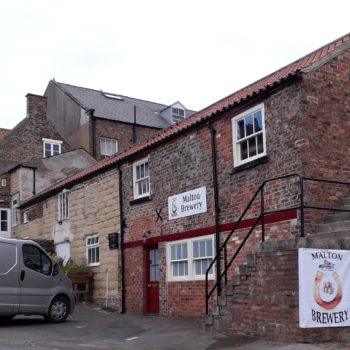 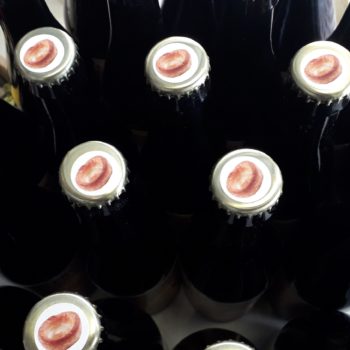 Next to Malton Brewery we have Owstons Warehouse which sits directly on the river’s edge and it has been the site of wharves serving river traffic since Roman times, however Owstons Warehouse is likely to date from the latter half of the Eighteenth Century.

It was also noted that the other buildings within the immediate area next to Owstons Warehouse area are some of the last surviving warehouses associated with the Derwent Navigation, itself notable for being one of the earliest such in Britain.

Since we acquired this historic building, we have painstakingly bought it back to life.

Each bottle of our beer is carbonated in its own bottle creating an individual cask of ale, so your beer is exactly the same as you would taste in a pub.

After being bottled all our beers stand for 3 weeks for natural carbonation before we sell them.

All our beers are made using the finest dry hops. Most breweries will use hop pellets to brew their beer and this is a very cost-effective way of brewing beer.

When we first started, we did use hop pellets, but in September 2019 we made the decision to move onto dry hops.

All the beers brewed by Malton Brewery have been licensed to carry the ‘Made in Yorkshire’ Logo. 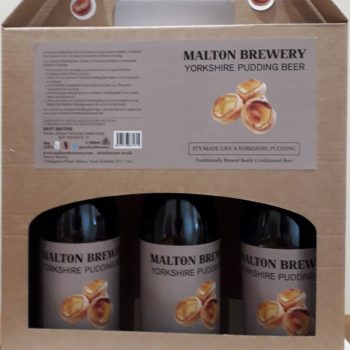 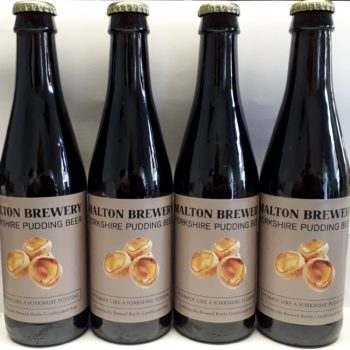 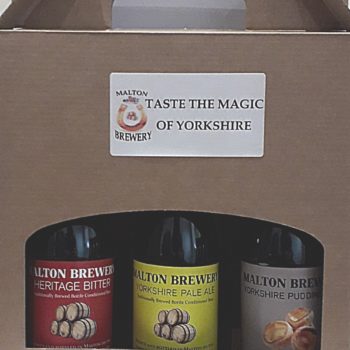 It’s not a beer to make Yorkshire Pudding’s with, it’s YORKSHIRE PUDDING BEER!! THERE’S EVEN A YORKSHIRE PUD ON THE BOTTLE TOP!

23rd June 2016 goes down in history when the nation decided that we no longer wished to remain a member of the European Union.

More than 30 million people voted with 51.9% wanting to Leave and 48.1% wanting to Remain. If it was only that simple.

Here at Malton Brewery we’ve decided to lighten up the mood and have produced our own original Brexit beer.

It doesn’t matter what you voted; this is the beer for you!

The Champagne Yeast drops to the bottom of the bottle and we’ve called this the Irish Backstop.

You decide to leave it or out when you drink the Brexit Ale.

Sup Up We’re Going is a sweet traditionally brewed bottle conditioned bitter with a pleasant smooth drink with no bitter after taste.